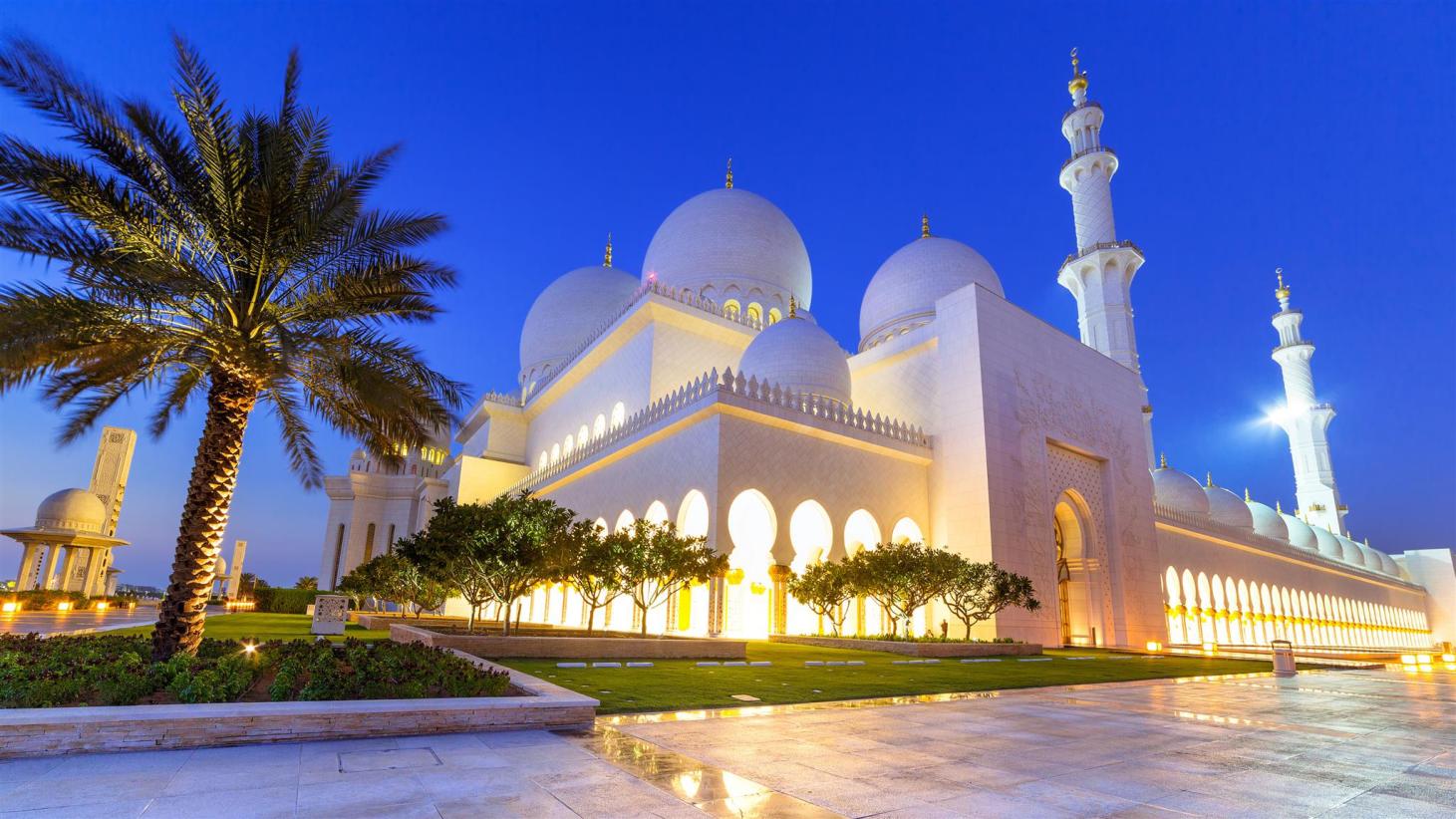 Things To Do In Abu Dhabi Enjoy The Excited Trip

Things To Do In Abu Dhabi

While you are in Dubai for a trip, you must be wondering about the things to do in Abu Dhabi. Did you ever think about the places to visit in Abu Dhabi? If not, then you must have to consider Abu Dhabi Map to find the utmost beauty of the place.

Abu Dhabi is the capital of the United Arab Emirates and a well-ordered, industrious city together with an awesome waterside location. The Nomadic Bani Yas tribe was the first inhabitant in 1760. Until the discovery of oil, the settlement remained a small fishing village. The capital city of UAE turned into the modern city of today because of revenues.

When you see the Abu Dhabi map, lots of beautiful and ancient places you will find all around the deserts and huge buildings. You can have a great list of tourist places in Abu Dhabi after scrolling down the map. On the other hand, we will let you explore awesome Things To Do In Dubai. To finally uncover things to do in Abu Dhabi, let’s have a look at the list of places to visit in Abu Dhabi.

One of the major tourist places in Abu Dhabi is the Sheikh Zayed Grand Mosque. It gets lots of attraction and wows everyone who visits. However, for excursions to the desert landscapes of Liwa Oasis as well as the Oasis city of Al Ain, the city makes an astonishing base.  Fully clad in Macedonian marble, the beautiful and extremely epic Sheikh Zayed Grand Mosque is a landmark building.

Emirates Palace, the beautiful hotel, is an iconic Abu Dhabi landmark, which blends Arabian splendor with the most advanced luxuries to make a magnificent and memorable experience. The hotel, during the daytime, has golden sandy color contrasts with fresh greed gardens, blue sky, and silvery water fountains.

At nighttime, the lighting of the hotel changes faintly, creating a majestic rainbow-changing effect over the main arena. The main building of the Palace stretches over a kilometer from wing to wing, and gardens, as well as surroundings, spread all over 100 hectares. The hotel consists of 114 arenas together with the central dome at impressively 72.6 meters over the ground. Gold dominates the interior, and the Palace has 1,002 chandeliers. The largest among them weighs 2.5 tons. Another great feature of the Palace is its two handmade wall display carpets that expose the palace itself and each weighing a ton.

Do you want some Desert Adventure:  Visit Dubai Desert Safari

Pritzker Prize-designed – winning architect Jean Nouvel, the hugely anticipated Louvre Abu Dhabi, at last, arrived in late 2017. The world-class collection traces the artistic achievements of humanity through 12 galleries from the Neolithic up to the present day.

Artworks are combined together here by theme and time frame instead of a country or particular civilization. It results in travel widely through human tradition that emphasizes the widespread threads of all cultures.

Related: Things To Do In Sharjah

As long as 15 football pitches, with 43 rides, slides, and more attractions, this innovative waterpark spans a wide area. Yas Waterworld lets the visitors experience the first and most giant hydromagnetic-powered water slide for the six-person tornado that expands up to 235 meters in length. For those who seek adrenaline thrill, there are three-meter high waves on Bubble’s Barrel, which has the biggest surf sheet wave in the world for flow boards as well as bodyboards.

The first onboard water and laser effect is the Bandit Bomber, which is a 550-meter coaster. Riders are allowed to shoot jets of water at targets, drop water bombs and activate special effects, while people underneath can spurt them with water as they pass.

The first Ferrari-branded theme park in the world is home to a winning mix of Ferrari-inspired rides and attractions. The biggest Ferrari Store and a variety of genuine Italian dining options for the whole family are accessible in this theme park. Under the iconic red roof, the entertainment destination houses 37 record-breaking thrill rides and an array of world-class cuisines. The significant attractions of Ferrari World Abu Dhabi include the new

Flying Aces ride features the highest rollercoaster loop in the world. Besides, Formula Rossa is the fastest roller coaster in the world, which has a top speed of 250 km ph in 4.9 seconds. Other than those state-of-the-art simulators, electric-powered go-karts, live shows, and an inspiring collection of racing memorabilia.  It remains open 365 days a year, and Ferrari World Abu Dhabi offers a unique experience for visitors of every age.

The Corniche Abu Dhabi road spread extends across an exciting eight kilometers of manicured waterfront that consists of separate cycle and pedestrian pathways, kid’s play areas, cafes and restaurants, and Corniche Beach, which is a protected beach park.

This long stretch of beach expands by the side of Corniche Abu Dhabi Road from next to the Hilton Hotel to away from Al Khaleej Al Arabi Street, where you may find its central entrance. Usually, you can get a beach umbrella during the week, but when it comes to the weekend, they all may go soon. No one can swim for long and far away, floating fences will push you to stay within 40 meters of the beach, and a number of lifeguards are around there.

With desirable Blue Flag status, Corniche Abu Dhabi’s pristine beachfront has been awarded. It is the internationally accepted eco-label for beaches and marines that promises clean and safe bathing water. Each month, around 30,000 to 50,000 visitors gather at the Corniche Abu Dhabi. Here they get to enjoy three separate sections for families, singles, and the general public.

Have a Spin in an Eco-Donut Boat

One of the less-known attractions of the city is Eastern Mangroves Promenade. It is situated off the main highway to Dubai on the Northside of the capital. A bunch of Eco-Donut Boats, you will see to drive yourself.

You can even hire the small circular solar-powered boats for about an hour or more than that with up to six people space on board. Navigate around the mangroves filled with wildlife and keep on enjoying a BYO lunch or dinner of your choice. You will never find another perfect way to spend an evening surrounded by nature.

A working veterinary hospital called the Abu Dhabi Falcon Hospital for ill and injured falcons. Not only this but it also offers guided tours of its services for concerned visitors. With these birds of prey in the wards, the tours let you get up close and personal while an onsite museum clarifies the history of falconry.

If you are ready for the challenge, you can also have the chance to hold one of the birds, or even feed one, depending on the activities the vets are performing at the time of your visit.

An answer to the Burj Khalifa in Dubai, Abu Dhabi, has an Observation deck that offers skyline views from the uppermost point in the city. On the 74th floor of the Jumeirah at Etihad Towers hotel, you can experience it.

For non-guests of the hotel, there is an entry fee, but the ticket price can be easily exchanged for food and drink available in the restaurant on the observation deck. You can enjoy snacks as well as light bites, soft drinks, and high-tea in the evening.

One of the top things to do in Abu Dhabi is visit Qasr Al Hosn. The recently renovated Al Hosn Fort, also known as the Old Fort or the White Fort as well, is the oldest building in the capital city of UAE. Not only this, but it is also one of the historical points of attraction. In 1973, the palace was built as the residence of the ruling family together with the seat of government.

The interior of the Al Hosn Fort has been updated and is now used as a museum that tracks the olden times and civilization of the capital city of UAE. You will see notable features over the tile work, the courtyard, and the main Northern gate.

Now, it’s up to you whether you choose to make your own list from the Abu Dhabi map or you go with the list of things to do in the capital city of UAE given above, keep your trip fascinated and full of pleasure.